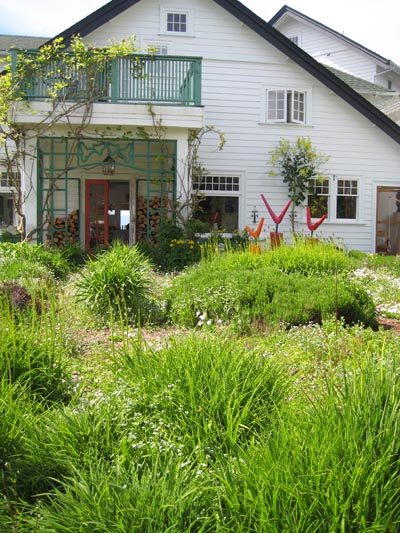 A couple weekends ago, we visited friends of ours in Sooke, a small community on the southern tip of Vancouver Island.

Sooke is known for a couple of things. For families and outdoorsy types, it’s all about the beaches and swimming at the Potholes, while the Sooke Harbour House is a must for the luxury travel set. Just guess which crowd I belong to.

Our friends, now married with a new baby, met years ago when they were both working at the Harbour House (he was the sommelier, she was a 14-year old bus girl – imagine!) so they were quite familiar with the luxury inn and its world-renowned restaurant. When they offered to take us there for a garden tour, we jumped at the chance. 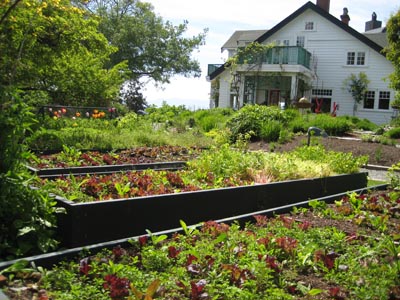 Head gardener Byron Cook led us on a tour of the gardens, which overlook the ocean. The gardens completely surround the inn, providing a tranquil foreground to the backdrop of the Pacific. But the garden isn’t just there to admire from your private hot tub. It’s a working garden, supplying the restaurant, which focused on local food waaaay before it was hip (1979, to be precise). 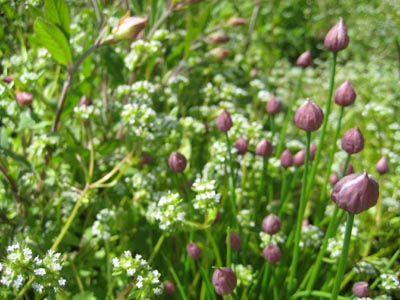 The garden emphasizes herbs, salad greens, and edible flowers. Over 200 species of edible plants are grown on the grounds. One hundred percent of the gardens’ plants are edible, although not all of them are used regularly. (Take our native camas, for example. As Byron says, “it’s a survival food.”) 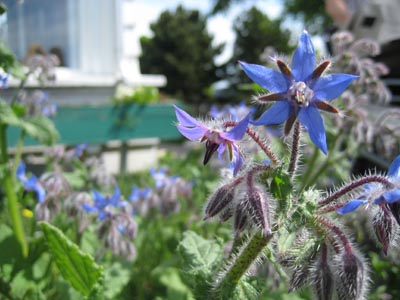 Although there are several raised beds, mainly devoted to the cultivation of salad greens, the majority of the garden is a mingling of herbs and flowers – a true edible landscape. Some of the flowers, such as borage or nasturtium, are quite familiar as edibles. Others, such as daylilies, were a surprise to me.

“Edible landscaping” has become quite the buzzword (buzz term?) over the last couple of years, but for all the talk, you never really see it done. Sooke Harbour House not only does it, but does it with style. 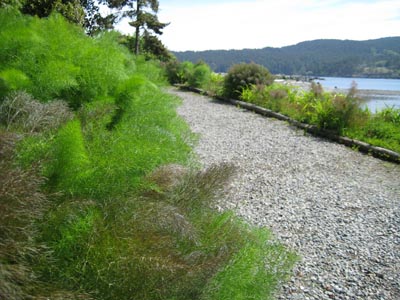