You are here: Home / Composting / Garden tasks: how to turn the compost 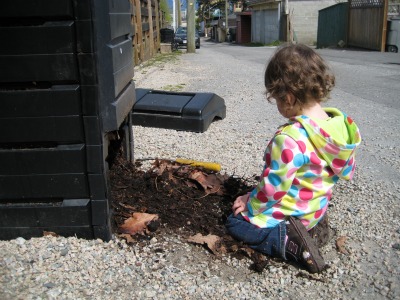 One of the best ways to get great compost in a hurry is to turn it regularly. Turning (mixing or aerating) your compost pile adds air to the mix, which speeds up the process of decomposition and prevents your pile from becoming stagnant. It also gives you a chance to assess whether your pile is too wet or too dry (it should be moist, like a wrung-out sponge) and amend accordingly. 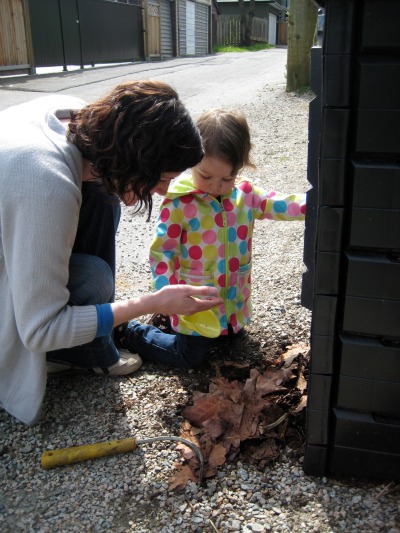 Turning the compost is an easy—if messy—task if you’ve got more than one bin (three is often considered ideal. Add new organic waste to one bin, emptying it into the second and eventually third as it decomposes). But with one bin, you’re stuck trying to mix a heavy, deep, and tall pile of rotting stuff either by using one of those compost aerating tools (I used to have one but found it less than helpful. Then it broke.) or by scooping out the bottom of the bin and putting the waste back in the top. (At least, those are my methods. If you’ve got a better solution, please share in the comments!) 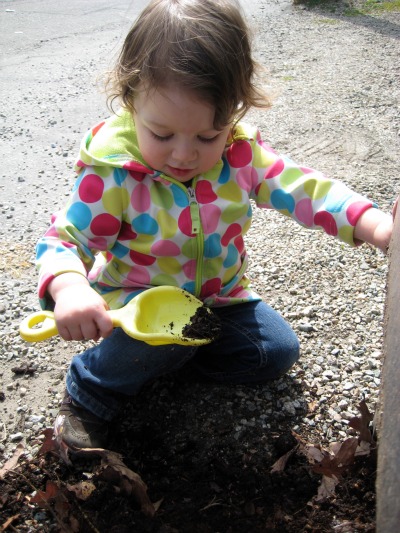 This used to be a task I’d do maybe three times a year—grudgingly. Then I let Lila in on the action, and she took to it like, well, a worm to a rotting Jack o’ Lantern. She loves visiting “her” worms, wood bugs, and millipedes. And she actually helps move the compost from bottom to top with her little shovel. 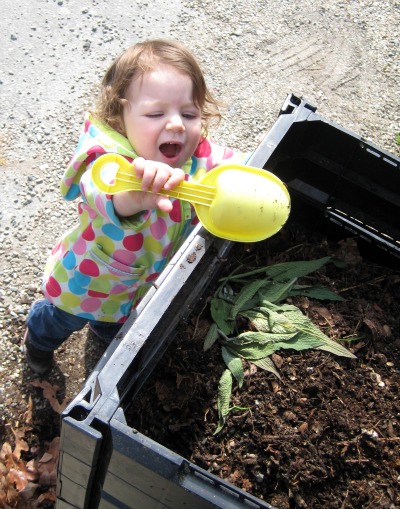 Okay, it’s slow going, but I do love watching—and sharing in—her delight as she discovers the simply wonders of a compost pile.