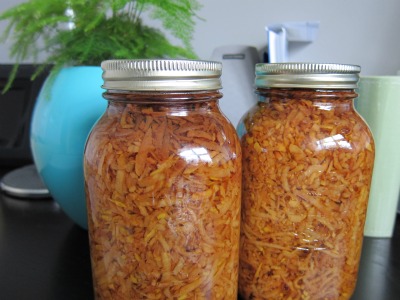 Vodka + shredded quince = quince liquor. What could be easier?

I love growing unusual fruits, herbs and vegetables. The more obscure, the better. Bonus points if someone says, “I’ve never heard of that.”

Enter quince. A pome fruit related to the pear and apple, quince has been imbued with some pretty weighty symbolism throughout the ages (many historians believe that it was a quince—not an apple—that tempted Eve in the Garden). I was in my late 20s before I first encountered the fruit (in jam form, at a B&B in the Loire Valley), and despite this late introduction, I have probably eaten more quince than most North Americans.

One day, when I have a yard, I’ll plant a quince tree. Until then, I track them down at the farmer’s market in fall and winter. I find a quince sliced into an apple pie or introduced into applesauce enhances the flavour of both. I’ve made quince jam, quince jelly, quince paste (terrific with manchego), and now quince liquor. 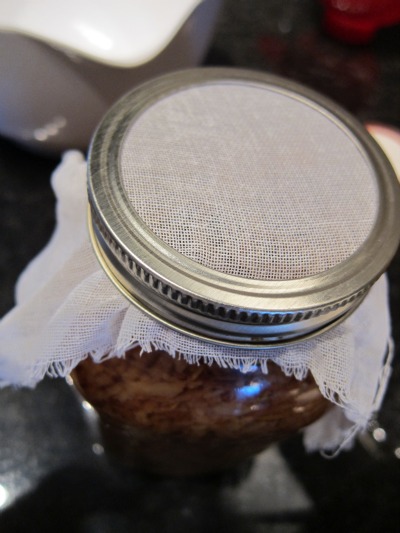 • Sterilize some large glass jars.
• Fill with shredded quince and a cinnamon stick (optional).
• Cover the fruit with vodka and seal the jar.
• Shake the jar every few days to encourage infusion.
• Sample frequently to assess flavour. I kept mine on my desk so I didn’t forget about it (see top photo) and in case of writer’s block.
• Once the alcohol has achieved the level of infusion you’re after, strain out the fruit. Cheesecloth works well for this (see above photo). My concoction was stewing for at least a month. 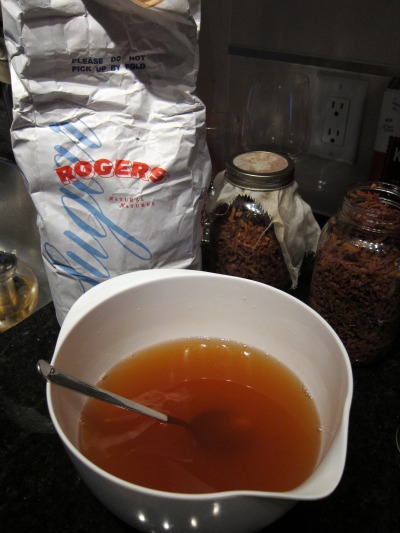 • Add sugar to taste. Don’t feel guilty if “to taste” means several cups. I added a shocking amount of the stuff; quince is quite astringent.
• Decant into clean bottles (or back into your glass jars). 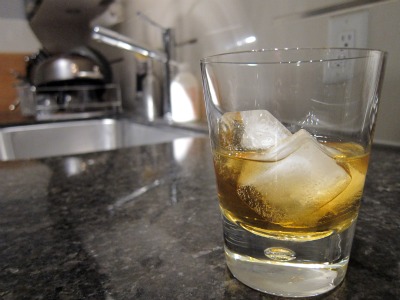 • Drink up!
• Enjoy the satisfaction of making your own booze (I mean, hello? How awesome is that?) and plan to make your own vodka next. Hey, potatoes are easy; how hard could it be?

How to: get your plants drunk

Kale blossoms are just about the greatest thing