You are here: Home / My garden / Arugula and radishes: fashionably late to the spring planting party

Finally! I’ve got some seeds in the ground. Normally I’d have had arugula, peas, radishes, and spinach started weeks ago, but all this travel has kept me away from the garden. I’m also totally disorganized this year (normally I’d have one or two of these filled out, too). Thankfully the weather cooperated this weekend and I was able to spend a few glorious hours in the garden. 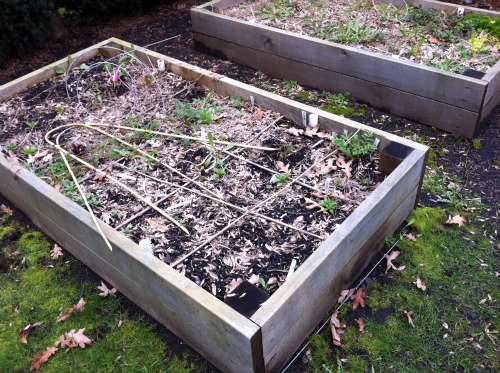 Okay: there wasn’t much glory in it. I totally neglected to do any fall/winter clean-up, so those hours saw some serious debris removal and weeding.

I started with the salad garden, one of my five garden “areas,” and the most shady. Last year, it produced a ton of leafy greens, earning it the moniker “The Salad Garden.” Doesn’t look like much, right? 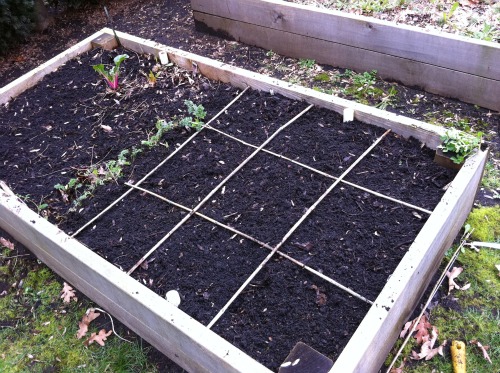 After some weeding and the addition of compost and some alfalfa meal (a nitrogen-rich fertilizer that those greens are gonna love), it was ready to plant. I do the “square-foot garden” thing with this particular bed – an intensive planting technique that works really well for greens. Only half the bed is mine (as you might have guessed from the above photo). These raised beds are in a common area of our townhouse complex and are shared with neighbours, which is pretty rad. 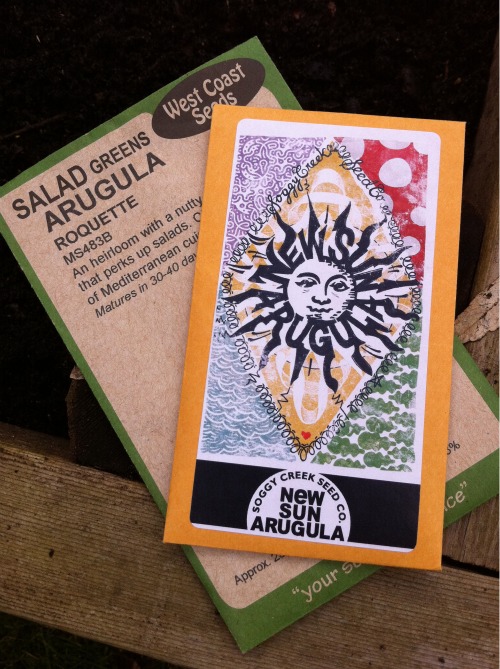 I sowed two squares with two different types of arugula: one from West Coast Seeds simply labelled ‘arugula (roquette),’ and one courtesy of Soggy Creek Seed Co. called ‘New Sun’. I also sowed one square with ‘French Breakfast’ radishes, a popular heirloom that has red, oblong roots tipped with white. Since they mature so quickly (25-30 days), both arugula and radishes make great candidates for succession sowing. I’ll sow another square or two of each in two or three weeks to keep the harvest coming.

What are you planting now?