You are here: Home / Veggies & Edibles / Lawns to Loaves: growing grain in the city! 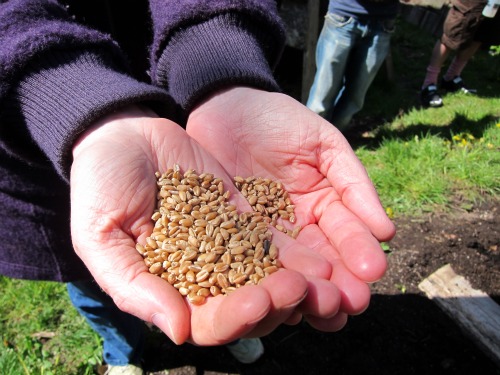 A few years ago, I became fascinated by the idea of growing grain. I explored small-space grain production, saw first hand how a community garden had integrated a grain-growing project into an attractive edible landscape, and pored over Small-Scale Grain Raising

, Gene Logsdon’s classic text on small-space grains. But all my research didn’t change the fact that I couldn’t start even a teeny plot of wheat on my balcony. In fact, none of my many garden spaces was all that practical for growing grain. But the idea of a pocket-sized prairie has stuck with me, maybe because, with my feet firmly rooted on the West Coast (and, let’s face it, the city), I’ve never seen a wheat field up close. In my (fantasy-prone) brain, the iconic wheat field is romantic, wistful, sublime. (Prairie folk, please don’t disillusion me.)

So when I heard about Lawns to Loaves, an experiment in small-space urban grain growing, I jumped at the chance to participate. Lawns to Loaves is the brainchild of Chris Hergesheimer, aka the Flour Peddler. Vancouverites might know him as the guy who mills flour on a stationary bicycle (really!) and sells his whole wheat flours at farmer’s markets around the Lower Mainland and on the Sunshine Coast. 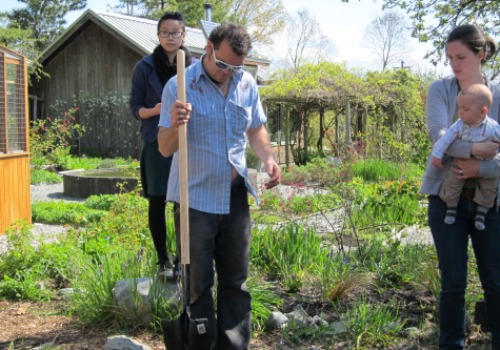 Anyway, Chris had this vision of people growing small plots of wheat in front lawns, backyards, and in containers all around the city. He joined forces with the Environmental Youth Alliance to host a grain-growing workshop (there he is, above, showing a group of us how to plant wheat), sign up would-be wheat growers, and distribute the wheat seeds. Once the wheat is ready, we’ll get together to harvest and thresh. Chris will mill the grains, and we’ll make pizza with the resulting flour. How cool is that? 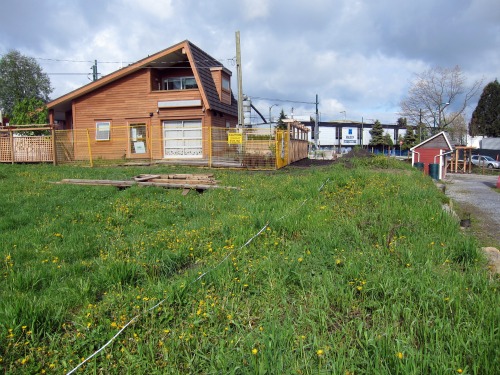 Of course, I still needed a place to plant my wheat. It just so happens that there’s a City-owned field adjacent to our community garden. Recently, West House, a demonstration sustainable laneway house was built there, but there was still a lot of field left for dandelion cultivation. So we decided to use it. It’s not really guerrilla gardening, since, when asked if we could use it, the City said, “what the heck” (or something along those lines), but we’re all aware that this is borrowed land. And we’re grateful for it. 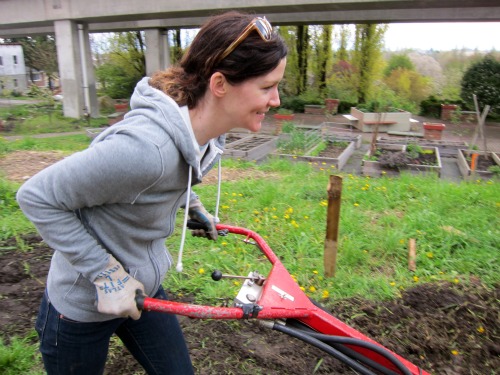 We decided to till under a 2,000 sqft area next to the laneway house. In early May, we rented a heavy-duty rototiller, pulled on our gumboots and work gloves, and started plowing. 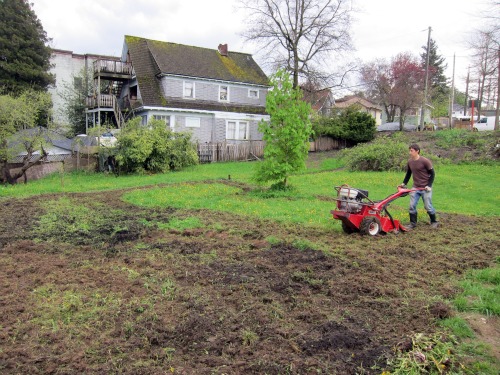 Man, that was hard work. 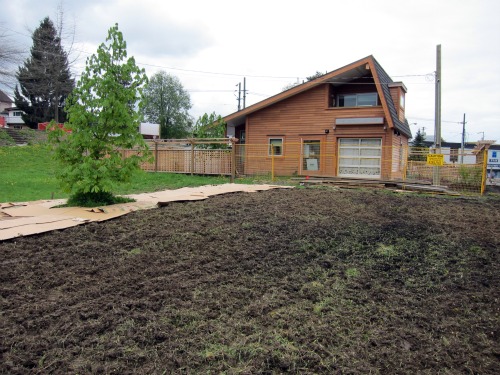 Since the field was so full of weeds, we decided to layer cardboard over the tilled earth to help suppress regrowth. Then we shovelled dozens of wheelbarrow loads of soil on top of the cardboard. 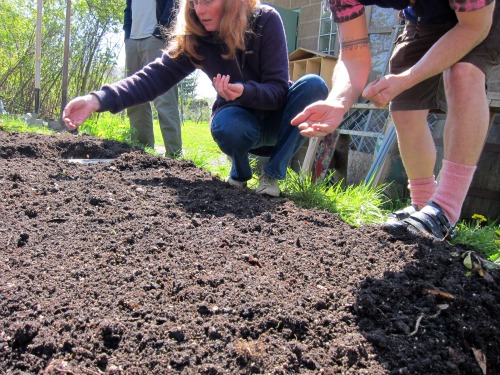 We broadcast the seeds by scattering them over the prepared soil, then raked them in. Here’s a short video of Chris explaining how to sow wheat. 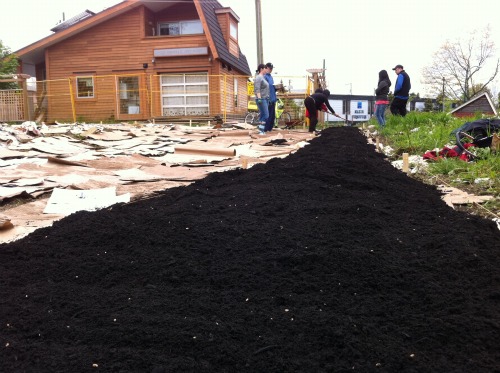 I don’t think wheat fields normally have rows, but because we will be hand watering and probably doing a lot of weeding, we decided to leave narrow foot paths between 4ft-wide beds. 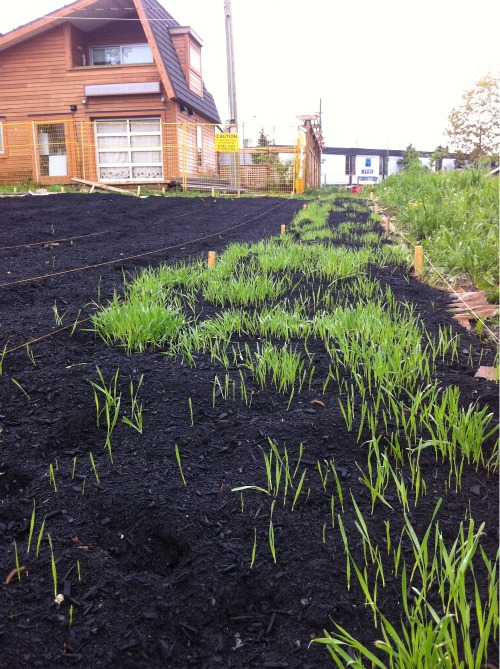 A couple of weeks later, the wheat is already a couple of inches tall. As you can see, it’s a bit patchy, largely due to the ducks and crows that have been enjoying the spread. It should be ready for harvest around the beginning of September, and, if all goes according to plan, we’ll be enjoying pizza baked with our own flour this fall!

Would you grow your own grains?

Making the most of the growing season